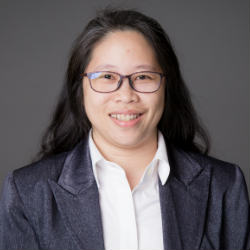 Before joining Baker Tilly Audit and Advisory Services (Thailand) Ltd., Yupaphun was the assistant manager of Andersen Thailand during 2000 to 2001 and KPMG Thailand during 2002 to 2004. She was then a manager at Horwath (Thailand) Limited during 2005 to 2006 and was responsible for audit of multinational companies and major local group of companies at M.R. & Associates Co., Ltd. between 2007 and 2008.

During past years, Yupaphun was a key person assisting the overseas team for the audit of multinational clients listed in the Thai SET.  Apart from her main responsibilities for regular audit, she has also been assigned to take charge in IPO and merger and acquisition projects on a regular basis.