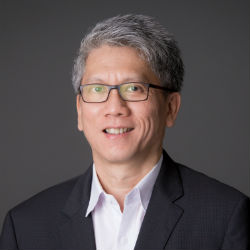 Yundyong has broad and extensive knowledge and experience as an advisor and entrepreneur. Over two decades of his professional career, he has advised several hundred firms and founded a consulting firm, which has grown into a well-known consultancy practice and has become a preferred choice for many clients.

Early in his career, Yundyong worked as a transaction advisor in the areas of privatization, M&A, capital market (bond/IPO) and project financings. After the financial crisis in 1997, Yundyong joined an Australian insolvency firm, where he has pioneered business turnaround and debt restructurings of many companies in and out of the Thai bankruptcy court’s rehabilitation process. Yundyong was involved in several large-scale and high profile transactions. He assisted one of his clients, a SET-listed distribution company, through its transformation process and became the first company to enter into the rehabilitation process under the Thai’s Bankruptcy Court. Most of his clients have had successful and satisfactory outcomes, both in term of the sustainability of the company and the recovery to major creditors

Yundyong also worked in Australia where he was involved with several company restructurings under Australian’s Voluntary Administration and subsequently banded with two Australians, Warwick Kneale and John Ginnane to found Baker Tilly Thailand and Baker Tilly Myanmar. Baker Tilly Thailand has since become a reputable name with its expertise in the area of debt restructuring and debt sales, where the group has continued to restructure debts and businesses for several major and high-profile companies and at the same time, helping the Thai banks to sell their debt with a proper approach to ensure high recovery.

Baker Tilly Thailand has since expanded itself to become a SEC-licensed auditor, SEC-licensed financial advisor and a consultant under the list of World Bank, ADB and MoF. Through leveraging his own experience with business turnaround and transformation, Yundyong has helped client’s stakeholders in managing their overriding commercial objectives to successful outcomes in various aspects of businesses. This has helped him to have a pivotal role in steering Baker Tilly Thailand into high growth potential areas such as tax advisory (Transfer Pricing, Transactional Support), consulting (People/Process Transformation, Post-M&A Integration Support), as well as accounting and payroll outsourcings. His vision being that Baker Tilly will one day be a one-stop consultancy firm, which can assist Thai or international companies to survive, sustain and then gain competitiveness in a perpetually changing environment.