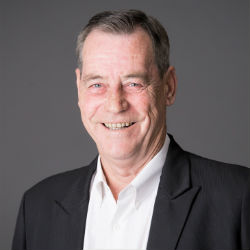 John moved to Thailand in 1998 in response to the Asian crisis. Previously, John had 28 years banking experience in Australia, including roles as Regional Manager for the State Bank of NSW in their asset management division, and Chief Manager Lending for the Primary Industry Bank of Australia.

John is a qualified Mediator, having undertaken in excess of 100 mediations in Australia, as well as a number of Thai mediations engaged by The World Bank.

Since coming to Thailand, John has acted as a Plan Preparer and/or Plan Administrator for many companies under the Bankruptcy Act, covering many industries:

In latter years John has concentrated his efforts in the distressed field throughout SE Asia, having been involved in both the buy side and sell side of NPL portfolios as well as single trades. His team have handled in excess of USD 4 billion in portfolio sales over the last decade as well as USD 500 million in single debt sales.